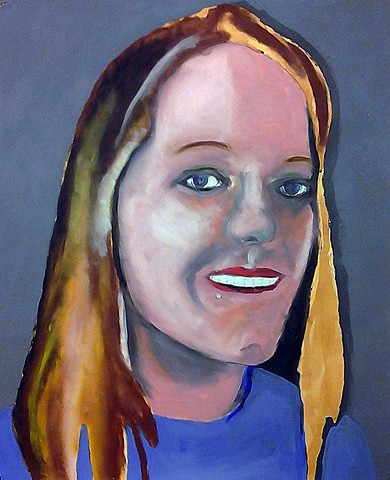 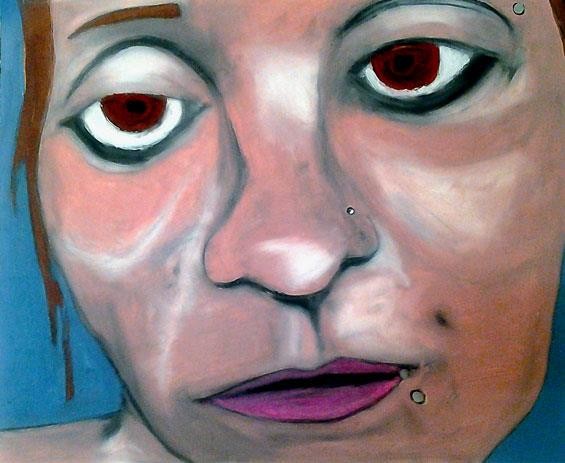 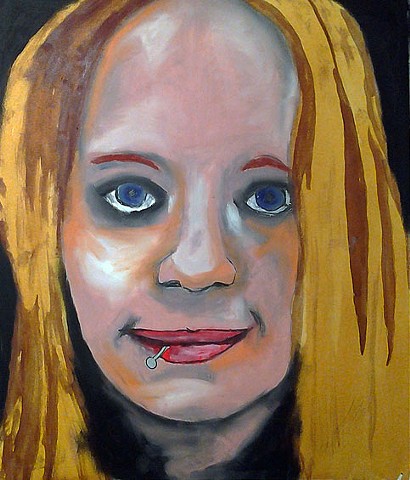 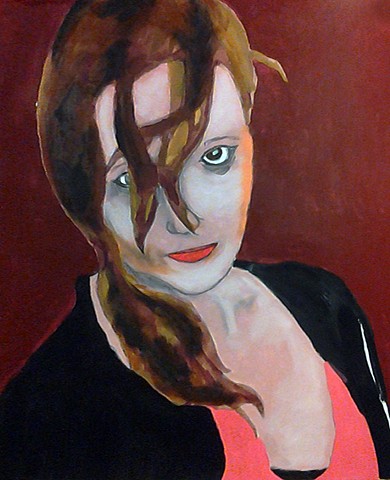 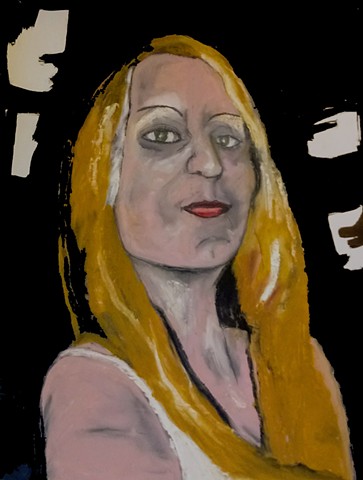 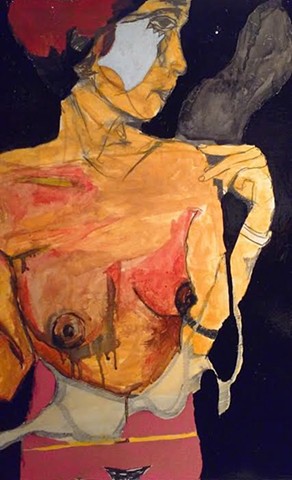 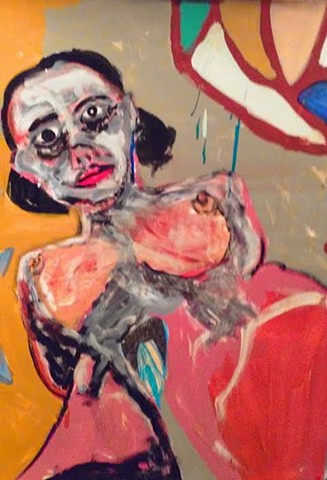 Catfish is Matthew Hanna's exploration of how the self is represented online, and the confusions, as was twistedly documented in Yaniv Schulman's 2010 film Catfish, that can move one's life up, down, or sideways, depending upon whether a catfish was thrown into your social media tank. The paintings have the appearance of people we might know, almost know, or of avatars we have seen so often we begin to think we know them. In Hanna's case these portraits are of people he has met online, and only a few of them in person. This realigns the idea of a portrait. Where do you find the unexpected flinch, or existential patience observed in the live sitter? Is the photo actually the named person you are painting? Do you gather additional visual information from the online comments?

Hanna is placing the advertised self from this brave new world into a colander to find what sifts out onto the canvas. Sometimes he finds a catfish or one finds him. In Schulman's film, Vince from Ishpeming, Michigan gives his metaphor to the usefulness of the mask or deceit, “They used to tank cod from Alaska all the way to China. They'd keep 'em in vats in the ship. By the time the cod fish reached China, the flesh was mush and tasteless. So this guy came up with the idea that if you put these cods in these big vats, put some catfish in with them. And the catfish will keep the cod agile. There are those people who are catfish in life and they keep you on your toes. They keep you guessing. They keep you thinking. They keep you fresh. And, ahh, I thank god for the catfish, because we'd be droll, boring and dull if we didn't have somebody nipping at our fin.”